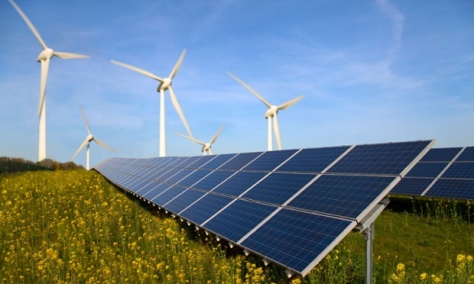 The first round of American Business Act on Climate Pledges were announced on July 27,  and high tech’s actions are significant. Highlights from the announcement show that Apple, Microsoft, and Google, as well as other large U.S. businesses, are already taking significant steps toward healing the environment, and commit to doing more.

Apple is running 100% of its U.S. operations on renewable energy. It plans to bring 280 megawatts of clean power generation online in the U.S. and China by the end of 2016. Since 2011, it has reduced carbon emissions from global corporate facilities, data centers, and retail stores by 48%. (We’re hoping for a future announcement that addresses Apple’s worldwide manufacturing, including suppliers and subcontractors.)

Google is committing to powering 100% of all its operations with renewable energy. (The announcement does not specify what portion of current energy needs are supplied by renewable power.) Compared to 2013 baseline use, it reduced 2014 water consumption at its Bay Area headquarters by 20%  and hopes to reach a 30% reduction in 2015. Only 40% of Google’s headquarters employees commute by single occupancy vehicles and Google commits to reducing that to 36%.