It’s well known that trees improve air quality, reduce building cooling and heating energy use, enhance physical and mental health and generally improve people’s quality of life. Recently an international team of researchers from the U.S., Canada, and Australia quantified how much younger and financially secure trees can make you seem. END_OF_DOCUMENT_TOKEN_TO_BE_REPLACED

During the evening of Thursday July 9, electricity generated by wind supplied 116% of Denmark’s electricity demand.  By 3:00 am the next morning the percentage had risen to 140. A surge in windfarm installations means Denmark could be producing half of its electricity from renewable sources well before a target date of 2020, according to Kees van der Leun, the chief commercial officer of the Ecofys energy consultancy.  The original full version of this story can be read in The Guardian. 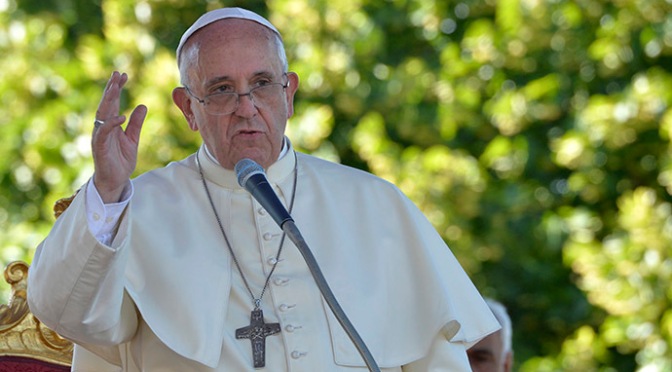 Pope Francis threw the weight of his office behind reviving the slipping popularity of nature and environmental activism. In his June 18, 2015 Encyclical Letter the Pope states “There is an urgent need to develop policies . . . developing sources of renewable energy.”

B. L’zobo’ab of the Society for Truth questions the motivations of the Encyclical. “The propaganda starts on the cover. To refer to Earth as our ‘common’ home clearly flies in the face of reality. Additionally we call on the Vatican to release the Pope’s original appointment documents for public inspection. We’re not claiming, yet, that the Pope isn’t really the Pope. But we want to make sure.   Every other Pope since 897 AD has had Xs, or Vs, or Is after his name. It just doesn’t make sense that this so-called Pope’s name doesn’t have letters like that.”